In addition to its Annual Meeting held in October/November each year, ASIS&T and its members host various meetings around the world throughout the?year. There are two types of meetings hosted by ASIS&T throughout the year:?Chapter Meetings?and?Regional Meetings.

ASIS&T strongly encourages its members to consider hosting a Regional Meeting and invites proposals for that purpose (see submission link below).

The following matrix describes the distinction of responsibilities between local hosts and ASIS&T HQ as it relates to Regional Meeting support. 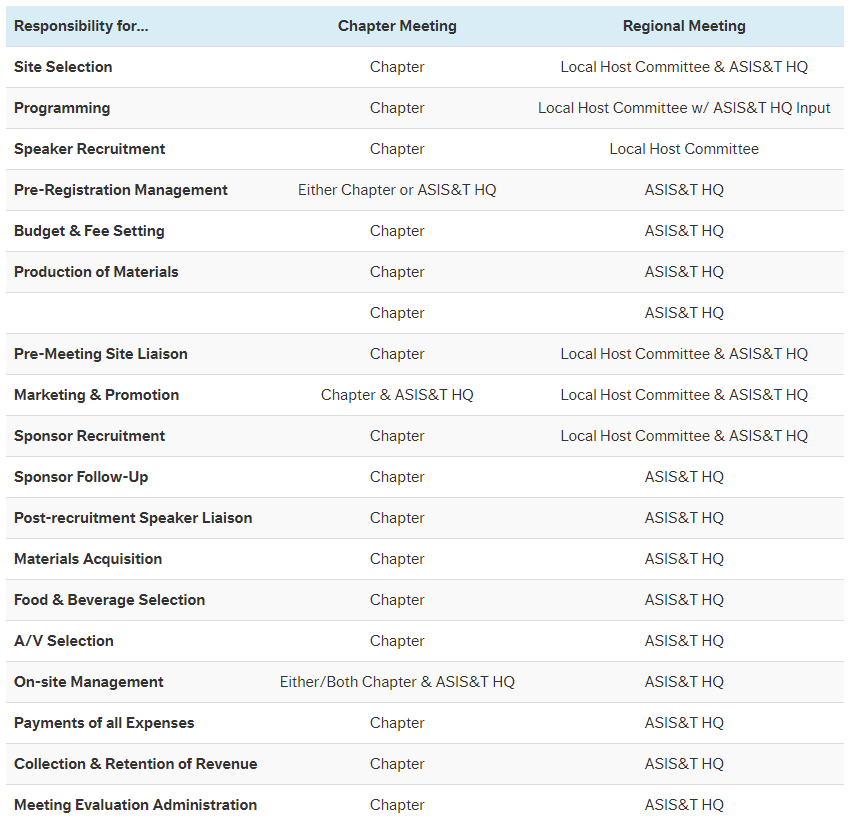 How to Host a Regional Meeting

ASIS&T invites its members to consider hosting a regional meeting. If you would like to do so, please follow the link below to submit a proposal: